The seven Rebuild projects in the Hurricane Sandy region that are slated for funding have undergone the process of public comment and formal submission, and have received federal approval. Each project is moving forward at its own pace. Some highlights:

Hunts Point: New York City has allocated an additional $25 million for a component of the Hunts Point proposal, more than doubling the $20 million allocated by HUD’s Rebuild by Design program. The NYC Economic Development Corporation (EDC) has created a community stakeholder group to advise on the focus of the component. Additionally, THE POINT CDC has received funding from the Kresge Foundation to continue its outreach on the plan and expand the scope to include neighboring communities in the South Bronx area. You can also follow the project on Facebook.

Lower East Side: New York City will receive  $335 million for the implementation of the “BIG U” proposal, now named the “East Side Coastal Resiliency Project.” To ensure consistent communication, the Mayor’s Office of Recovery and Resiliency has created a Task Force, comprised of representatives from Community Boards 3 and 6, which haveas been meeting on a consistent basis, independent of the public community meetings. All the meetings are open to the public.

Staten Island: The New York State Governor’s Office of Storm Recovery will receive $60 million to implement the “Living Breakwaters” proposal. Currently, the project is under Environmental Review and the Governor’s Office is in the process of creating a Citizen’s Advisory Committee to advise on the implementation of the project.

Long Island:New York City’s Governor’s office will receive  $125 million to implement the “Living with the Bay”proposal. The project team is currently working with HUD to refine the proposal to focus on the Mill River area and to ensure that it complements current projects in the area.

Hoboken: New Jersey will receive  $230 million for the implementation of its “Resist, Delay, Store, Discharge” proposal for Hoboken, recently acknowledged by UNSIDR as a model Resilient City.  An executive committee has been formed, with representatives from the Governor’s office, HUD, local mayors and DEP, to ensure consistent communication and collaboration. That task force has been meeting regularly and a consultant will soon be named to move the project forward.

Meadowlands: New Jersey’s Department of Environmental Protection will receive $150 million to implement the “New Meadowlands” proposal. A community coalition will continue to engage residents and stakeholders on the ground. 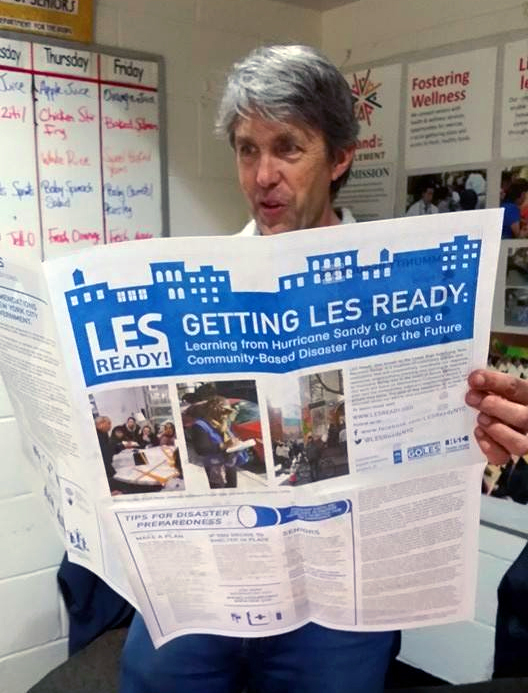