HOW CAN NEW YORK CITY PREPARE FOR THE NEXT IDA? HERE’S A TO-DO LIST

New York Times: When the remnants of Hurricane Ida swept into New York this month, the storm’s ferocity shocked the city. Even with meteorologists warning of intense rains and flooding, the swiftness with which the storm turned streets into rushing — and deadly — rivers caught officials and residents off guard.

New York has taken steps to prepare for the extreme weather driven by climate change. For years, particularly after Hurricane Sandy flooded much of the region, civic groups, environmental organizations and officials had raised alarms and urged action to protect from extreme storms.

But much of the post-Sandy work focused on flooding caused by rising waters surrounding the city’s shores. The rains brought by Ida — and two other storms this summer that deluged parts of the area — pose a different kind of threat: massive rainfall in a short period.

The storms exposed how New York City’s aging infrastructure — including its vital subway, built for a different climate — needs significant improvements to adapt to the kinds of storms that climate scientists say will be both more frequent and more intense.

Already, urban planners, climate scientists, some local officials and designers have a lengthy to-do list of design and engineering solutions that can help the city meet an urgent need. (Some say they have warned the city about extreme rainfall for years, pointing to past reports.)

Many experts, local elected officials and climate groups are now pressing more forcefully in the wake of a storm that they hope will serve as a wake-up. Here are some of their proposals.

Unclog drains and widen pipes. It’s not an easy task.

The most direct way to reduce flooding from rainfall is to drain it away more efficiently. But New York’s sewage pipes, some of which are more than a century old, were built for a smaller city with a cooler climate that generated less torrential rains.

Some 60 percent of the city is served by a combined sewage system that takes in both household wastewater and runoff from streets. Other cities have separate pipes for those two sources.

During heavy storms, New York’s pipes frequently overflow, backing up the system so that water cannot drain as fast as rain pours down. 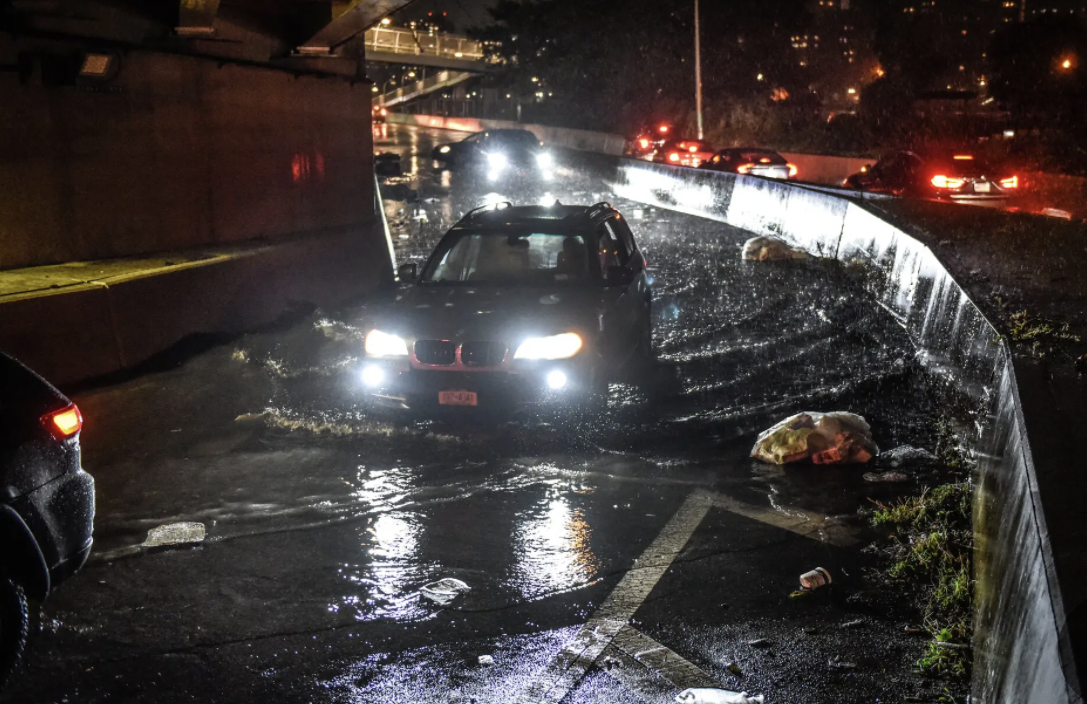