FAIRHOPE TO HOST MEETING ON FUTURE OF K-1 CENTER

Ligniappe Weekly: The city of Fairhope is hosting a community discussion on the future of its K-1 Center Wednesday, but at this point the property still belongs to the Baldwin County School Board. The fom1er school building is one of three properties the city has agreed to purchase from the school board, but while the $4 million deal has been approved by both parties, the deadline to finalize paperwork is May 31. Regardless, Wednesday’s citizen engagement roundtable – “Fairhope K-1 Center: What Do You See?” -will aim to “be a positive, open environment where ideas won’t be criticized and where everyone feels included.”

“Citizens arc invited to participate by bringing all ideas pertaining to the I<- I Center’s future,” declared Mayor Karin Wilson in a news release. The meeting will be moderated by Amy Chester of Rebuild by Design, whose organization, “connects the government and tlw community 10 work tog<‘lh(•r lo think about large­scale infrastructure solutions,” as well as consults on public policy and smaller projects, she said last week. “The meeting will have multiple roundtables so every participant will have a chance to speak,” Chester explained. “We will go through some steps to get us to a place where we have a shared vision of what [the K-1 Center( should look like. There may be differences and that is expected and encouraged, but we also want to see what the similarities are.” Community Development Director Sherry-Lea Bloodworth

Botop said it’s “truly a meeting to gather public input on what they would like to see on that property.” She said Rebuild by Design was invited to moderate based on, “the work they have done post-disaster since Hurricane Sandy on some of the most complicated and contentious issues about development.” “It’s a tried and tested and successful process; she said. Several ideas for the future of the K-1 Center have been informally discussed since the School Board closed it in 2011, moving classes to nearby Fairhope Elementary School. Those proposals have included renovating the property to house a business incubator and/or a perfon11ing arts center, construtting a large public parking facility, relocating municipal offices to the property, providing space for a STEAM education center and leasing the property to a developer for a hotel and mixed-use project. The Fairhope Educational Enrichment Foundation, which continues to operate the Pelican’s Nest Science Lab on the west side of the K-1 Center property, unveiled its STEAM center concept – Science, Technology, Engineering, Arts and Mathematics – for the entire property nearly a year ago. FEEF board President Amy 1-‘olcy said while they were disappointed Wednesday’s meeting is scheduled from 9 a.m. until noon, they intend to have a seat at the table. “We hope to have people able to attend although everyone on the FEEF board is employed, and having a 9 a.m. weekday meeting makes it very difficult for us and very difficult for educators to attend,” she said.

“Our perspective is obviously whatever the city decides to do is great, but our idea and what we would like to see is the city taking that primary building, renovating it and turning it into a performing arts center. We arc also interested in keeping the Pelican’s Nest and expanding that – leasing the property from the city and renovating the buildings and building the currkulum on our dime.” Meanwhi\l!, a group of seven citizens calling itself “Citizens for Higher Expectation” have mel over Lhe past four to five months to discuss their own plans for the K I Center. Discouraged by f’EEf’ and a larger perception that plans for the pwperty had already been made behind closed doors, Citizens for Higher Expectation endorse the Rebuild by Design process. They hope the meeting will expose “big ideas … that [enhance] what Fairhope is knovm for, its beauty and cultural arts.” The group includes Bob Riggs, Mike Dudley, Jim Kellen, Tony Pritchett, Evans Holcombe, Bob Ricks and spokesman John Manelos. “The Rebuild by Design process will evaluate and arrive at what Lhe local community wants. It will utilize the expertise of an unbiased facilitator,” Manelos wrote.

“Fairhope citizens know what’s best for our community. We can, however, use methodologies and expertise utilized by other communities in arriving at what best serves and is most desired by its citizens. Upon completion of the Rebuild by Design process, an outcome ‘product’ will be delivered to our elected officials which informs them on the consensus arrived at as to the desires and visions held by Fairhope’s citizens.” Mayor Karin Wilson has promoted her own vision for the property -a mixed-use development concept with room for FEEF. “This properly could go a Jong way toward filling the city’s needs in addition to being an incredible space for several stakeholders, as well as FEEF,” she wrote in a PowerPoint presentation. She also proposed consolidating city services on the property and providing an “open space concept,”
possibly providing a FEMA shelter for emergency operations and space for the University of South Alabama’s nursing program in addition to a performing arts center. The development, Wilson suggested, could be a, “lucrative revenue stream … in line with Fairhope’s character.” “We have a unique opportunity to creale an extremely valuable asset for our community. It is time to look at our city as a whole rather than a piecemeal view. If we collaborate, with Lhe right expertise and stakeholders at the table, we could develop the very hest for you, the taxpayer,” Wilson wrote. Chester acknowledged Fairhope’s project is much smaller in scale than many Rebuild by Design initiaLives, but said the goal is the same. “They connect community vision with government vision.”

“I know there have been conversations about different uses for the site …. I know there are some people that have strong feelings, but there has also not been an open conversation with the entire community,” she said. “It may be that we’re led to existing ideas and some ideas we
haven’t thought of yet or most likely both. We want everyone to come, I understand there is plenty of room and if you can’t be there, we’ll find ways to for you participate afterward or off-site.” 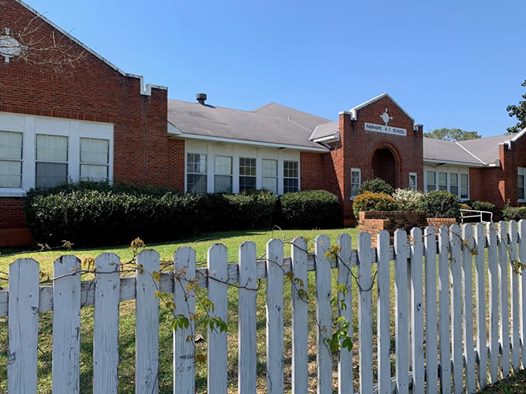