WNYC: With rising sea levels, parts of Manhattan are at increased risk of severe flooding, like we saw with Sandy in 2013. One form of protection could be a barrier along East River Park. But the de Blasio administration has upended a consensus about how the rebuilt park should look, by proposing its own remedy last September.

“How could they cut out the community from this announcement?” said Carlina Rivera, the council member for the area. Rivera learned to ride a bike on the shores of the East River, and said City Hall’s plan was done without consulting locals.

Instead of building a wall along the FDR drive, the de Blasio administration’s proposal would raise most of the park, by 8 to 10 feet, using landfill, from around 14th street down to Corlears Hook.

“Our engineers took a very good look at it and we just realized that this was a better way to go,” said Lorraine Grillo, Commissioner of the Department of Design and Construction.

She conceded that the de Blasio administration should have done better outreach, but said neighbors would find lots to like in City Hall’s proposal. That new plan would bring in landfill by barge, while the earlier plan relied on trucks and highway closures.

“It had contractors every night driving piles and constructing a wall for four years, maybe more,” Grillo said.

Wednesday afternoon, City Council holds hearings on how to protect the Lower East Side from flooding. Grillo will be there. So will Parks Commissioner Mitchell Silver. And, with a long list of questions, Council Member Carlina Rivera will be there too. LISTEN HERE>> 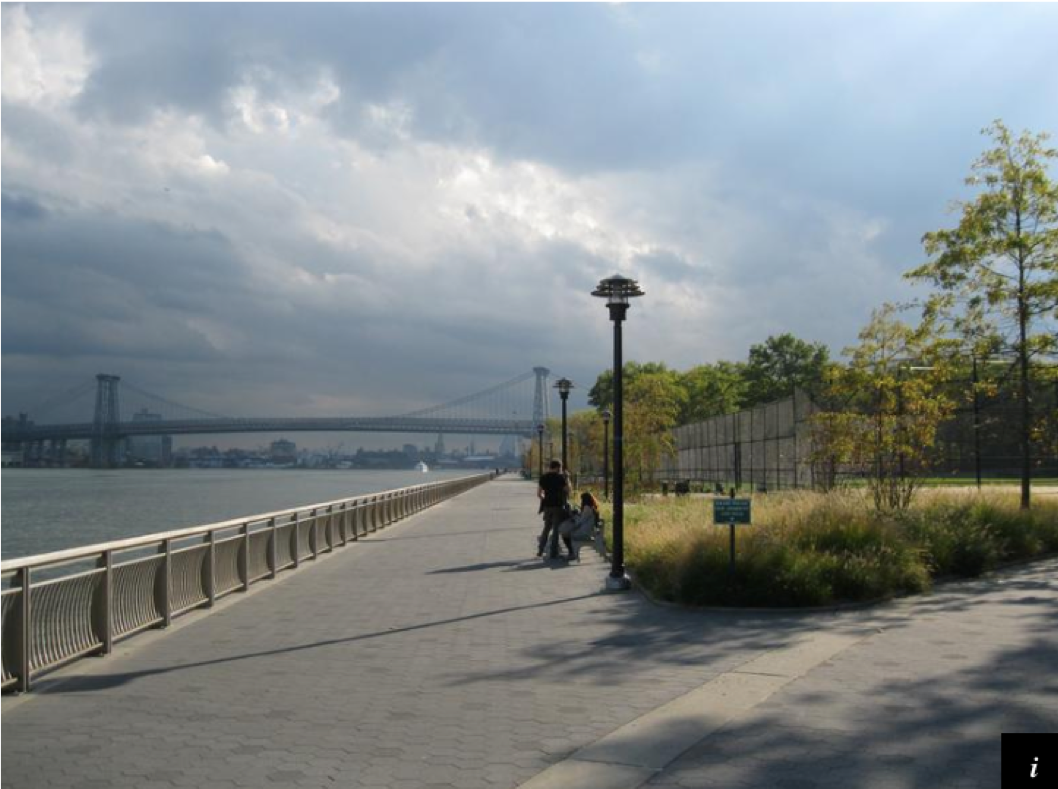