A COMMUNITY-WIDE DISCUSSION ON THE PROGRESS OF THE BIG U

THIS EVENT ALREADY OCCURED, YOU CAN WATCH IT HERE: bit.ly/8yrBIGU

Eight years ago, Superstorm Sandy wreaked havoc along the East Coast and exposed the underlying vulnerabilities embedded in many communities in New York City. Since then, there has been a myriad of planning processes and visions for the various neighborhoods of Lower Manhattan.

While it is very important that the communities adjacent to the infrastructure are those focused on the direct outreach, there is also a need for the broader stakeholder community to learn from one another’s experiences. This event will bring together the community members, and interested parties, from lower Manhattan and beyond to offer lessons learned from one neighborhood to another.

In the wake of Hurricane Sandy, the Rebuild by Design Hurricane Sandy Competition was formed to create large-scale community driven infrastructure to address future climate uncertainties.

Out of that process, the BIG U was born. The BIG U’s vision was created through dozens of meetings with local government and community stakeholders and was conceived as 10 continuous miles of protection tailored to respond to individual neighborhood topography as well as community-desired amenities to protect Lower Manhattan from floodwater, storms, and other climate change impacts. The proposal breaks the area into compartments, providing separate opportunities for integrated social and community planning processes for each. The design was awarded $335 million of federal disaster recovery funds in 2014 through Rebuild by Design and another $171 million through the National Disaster Resilience Competition in 2015.

Each compartment of the project has different lead agencies and engages directly with the adjacent community board to move from a vision to a project and to identify modifications based on engineering reports and environmental studies. This has resulted in an alphabet soup of agencies working towards the same overarching goal with separate local goals, timelines, budgets, and conversations.

It is the intention that this conversation, and others to follow, will lead to a better understanding, a quicker process, and, ultimately, a more cohesive project for all of Lower Manhattan. 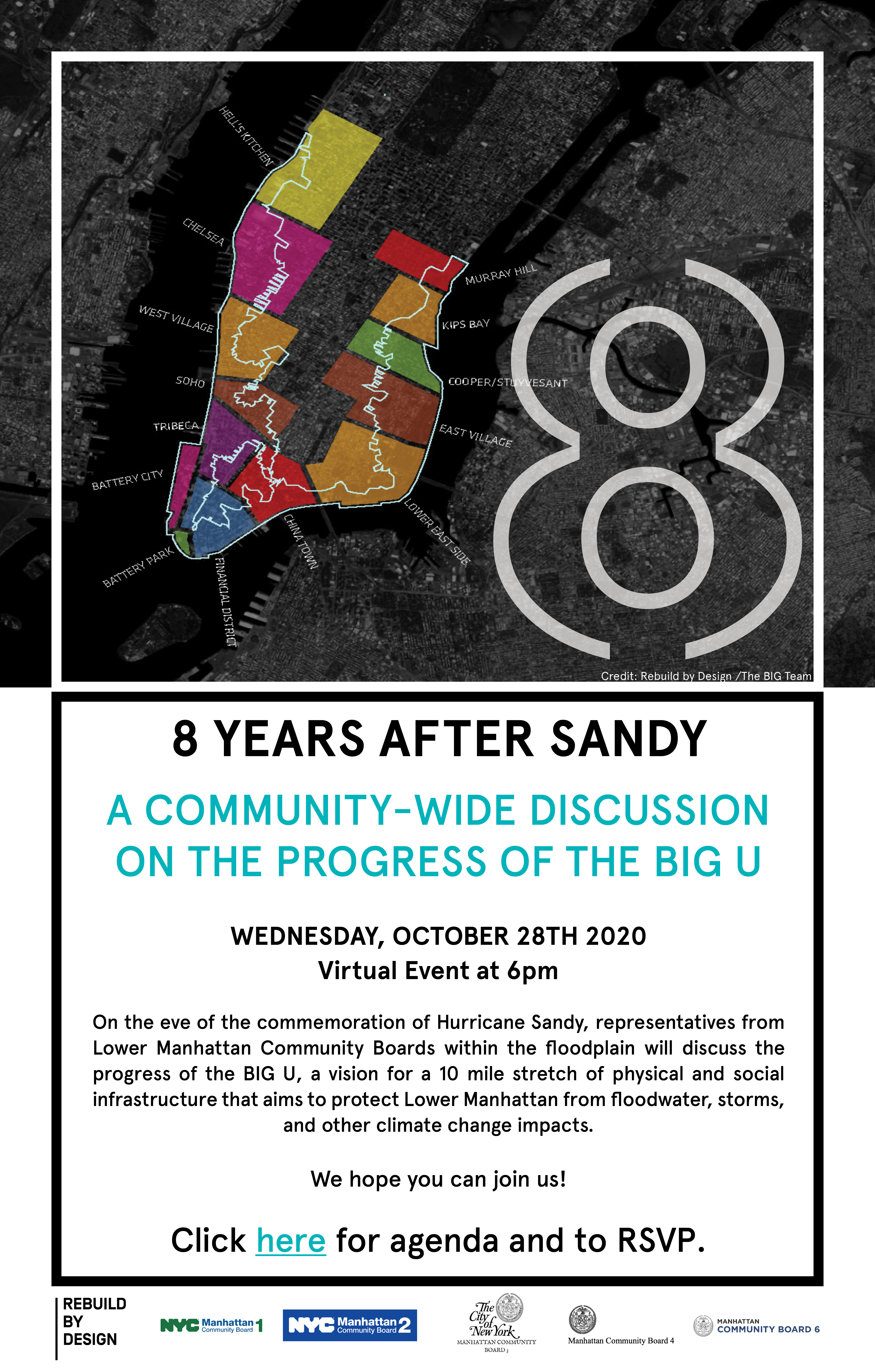