Collaborative Research and Design for a Resilience Pilot

Rebuild worked with the City of San Juan on a resilience pilot in the neighborhoods of Playita, Shangay, and El Checo to address multiple challenges the communities face. Those challenges include: stormwater and sanitary sewer systems, informal housing, and economic and health disparities. The resilience pilot informed the City’s resilience strategy as a member of 100 Resilient Cities.

The 2-stage collaborative research and collaborative design process based on Rebuild’s model kicked-off in October 2016 with parallel workshops with the communities and government agencies, where stakeholders were invited to draft their vision and goals, and discuss research questions for the proposed Community Development Plan.

The kickoff included a walking tour of the communities and was organized by the City with multiple agencies and non-governmental stakeholders, including the Environmental Protection Agency and local architects. It also included a  community clean-up and revitalization of a local basketball court that was the source of health issues to community residents.  The newly refurbished basketball court served as a reminder to the communities that the project launched, and community participation remains integral to the process of better understanding the challenges and refining potential interventions.

The following six month processes began with the community setting their goals for the physically and socially resilient neighborhood they wanted. This was followed by a research stage led by AECOM, Deltares, and the University of Wisconsin to understand the physical vulnerabilities to flooding and storm surge. Finally, a design stage, with a dedicated class from the University of Puerto Rico School of Architecture, utilized students to design five interventions that met the communities’ resilience goals. These designs included a series of water plazas to capture flooding, a new transportation network to connect the community to nearby health institutions and supermarkets, an “upcycling” space to reuse materials that could be sold for profit, a new bayfront walkway which would facilitate better access to their waterfront and a multi-service center that would facilitate health services.

At the end of the process, Rebuild and partners worked with the residents to review their original goals and determine if any were unmet by the five proposed physical projects. For those which were unmet, a workshop was facilitated to brainstorm and determine how the community could work together to develop community-led programs to meet those goals. 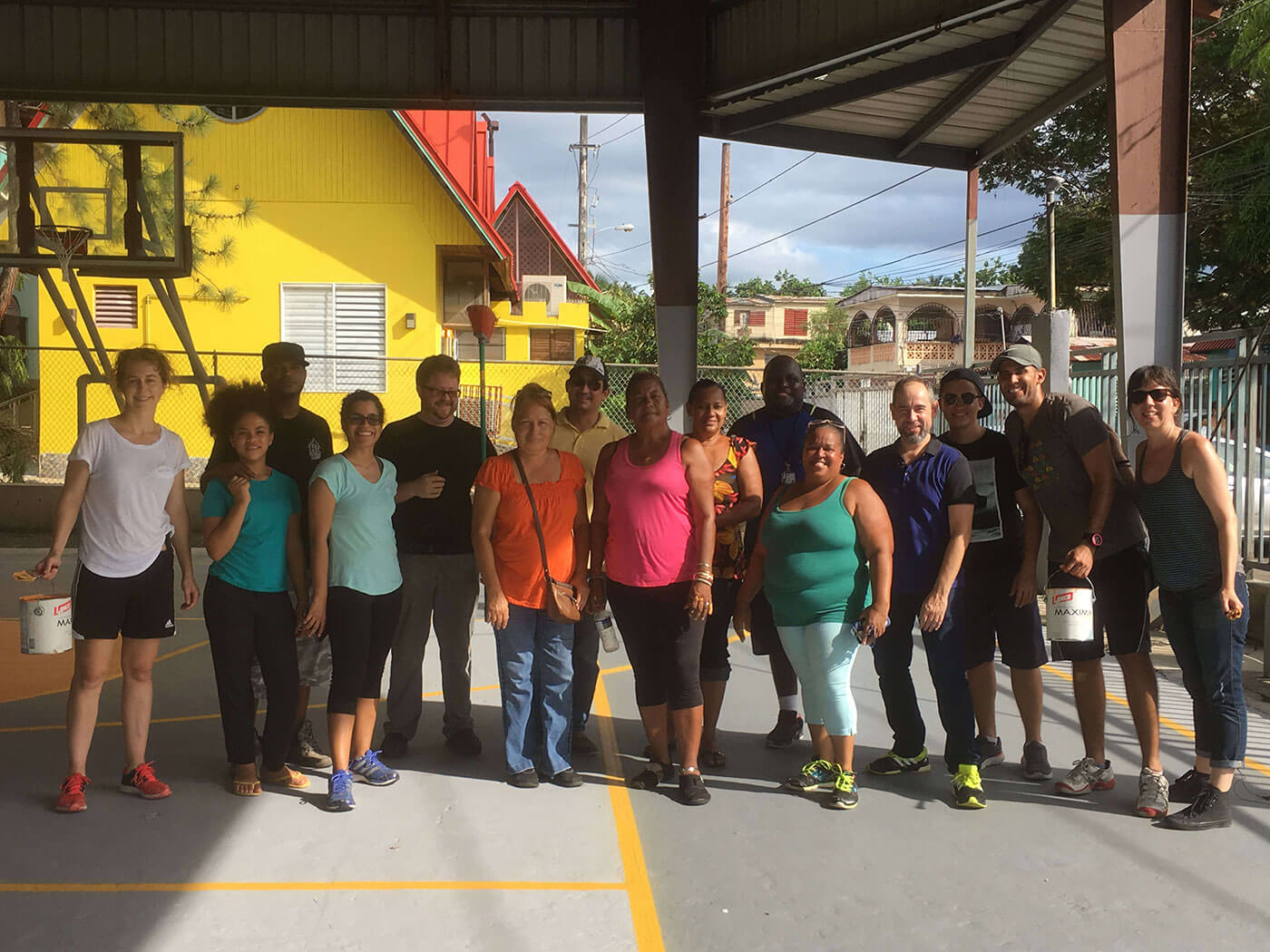