The City of Juárez, Mexico has dedicated significant resources to the redevelopment of the downtown district of the city center, transforming the area into a space featuring art, sports, and cultural events. Plaza Juan Gabriel, named in honor of Mexico’s most notable entertainer and local Juarense Juan Gabriel, is located in the city’s downtown area and acts as both a memorial of the icon, and a signifier of the resilience of a city and people that have faced difficult conditions in recent decades. In 2017, Rebuild by Design, the City of Juárez, The Gehl Institute, and 100 Resilient Cities developed a unique design competition to solicit ideas for site-specific improvements to Juan Gabriel Plaza.

Utilizing the Rebuild process of collaborative research and iterative design, the first phase included researching the challenges and opportunities of the plaza from the perspective of residents and local businesses. Over 40 students from the Universidad Autónoma de Ciudad Juárez used Gehl public life observation methodology and community surveys to create the research portion of the citizen-informed Design Brief. After over 150 surveys of local businesses and users of the space, as well as 100+ hours of public observation, students pulled together a research document that articulated what people liked about the space and the challenges that prevent them from utilizing it to its full potential.

In addition to the public space research, the competition Design Brief called for proposals that would have multiple benefits including heat mitigation, stormwater mitigation, and increased connectivity to nearby streets and businesses.

There were nine total respondents to the brief; the top three were selected by a jury and invited to a public workshop to share their ideas and gain a further understanding of how their proposal can be enhanced. The finalists’ designs were recalibrated according to public input and re-submitted to the jury.

In 2018, the City of Juárez announced the winner of the Juan Gabriel Plaza Design Competition. The winning design was submitted by HADVD Arquitectos, an architecture firm based in Juarez and El Paso, and featured a range of greening elements including local flora, grass berms, and an events venue to encourage greater public use and culture. The City of Juarez’s Resilience office worked with the design team and relevant municipal agencies to create a phased implementation plan.

The City of Juarez’s Resilience office now has experience implementing a collaborative process that can be used for other public spaces, and plans to use this model each year for different sites around the city. 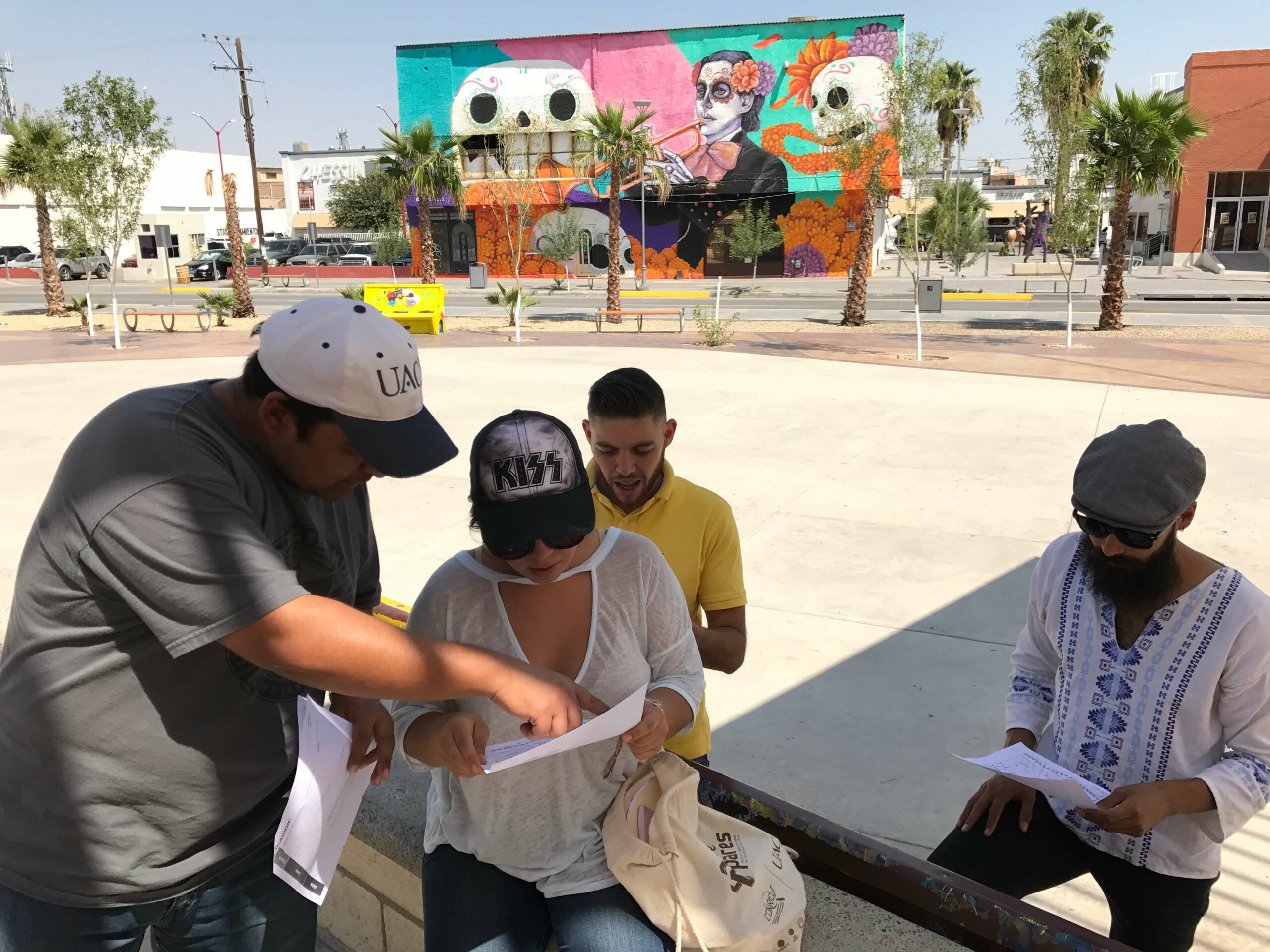