Multiple times every year, Hoboken experiences flash flooding that results in flooded streets and properties. Flood risk from both storm surge and flash flooding within Hoboken is so severe that following Hurricane Irene in 2011 and Superstorm Sandy in 2012 the community (along with utility and federal partners) invested $700 million on flood risk reduction and climate adaptation infrastructure.

On the western side of the City, Hoboken has created a series of resilience parks that work like sponges with green infrastructure on the surface absorbing water from rainfall events, and holding heavy rainfall in cisterns under the parks. On the streets, every new capital road project stormwater gardens are built at intersections to hold and filter rainwater (22 rain gardens constructed to date and porous pavement filters stormwater into underground cisterns in 61 locations in public right-of-way locations. Beyond stormwater, these green infrastructure projects benefit water quality, pedestrian safety, air quality, and public health.

The City began construction of Phase I of these investments prioritizing flooding related to rainfall. Phase II includes storm sewer modifications separating rainfall and sanitary flow, as well as implementation of an urban coastal levee. Seawalls and levees were designed to function for up to a .02% storm event, but are embedded in urban amenities that contextualize the feature to the location. These include material, lighting, signage, landscape, color, texture, and functions to integrate the flood risk reduction measure into the dense urban fabric. Construction of the entire system is expected to be complete by 2025.

How to get involved: Follow the construction progress here. 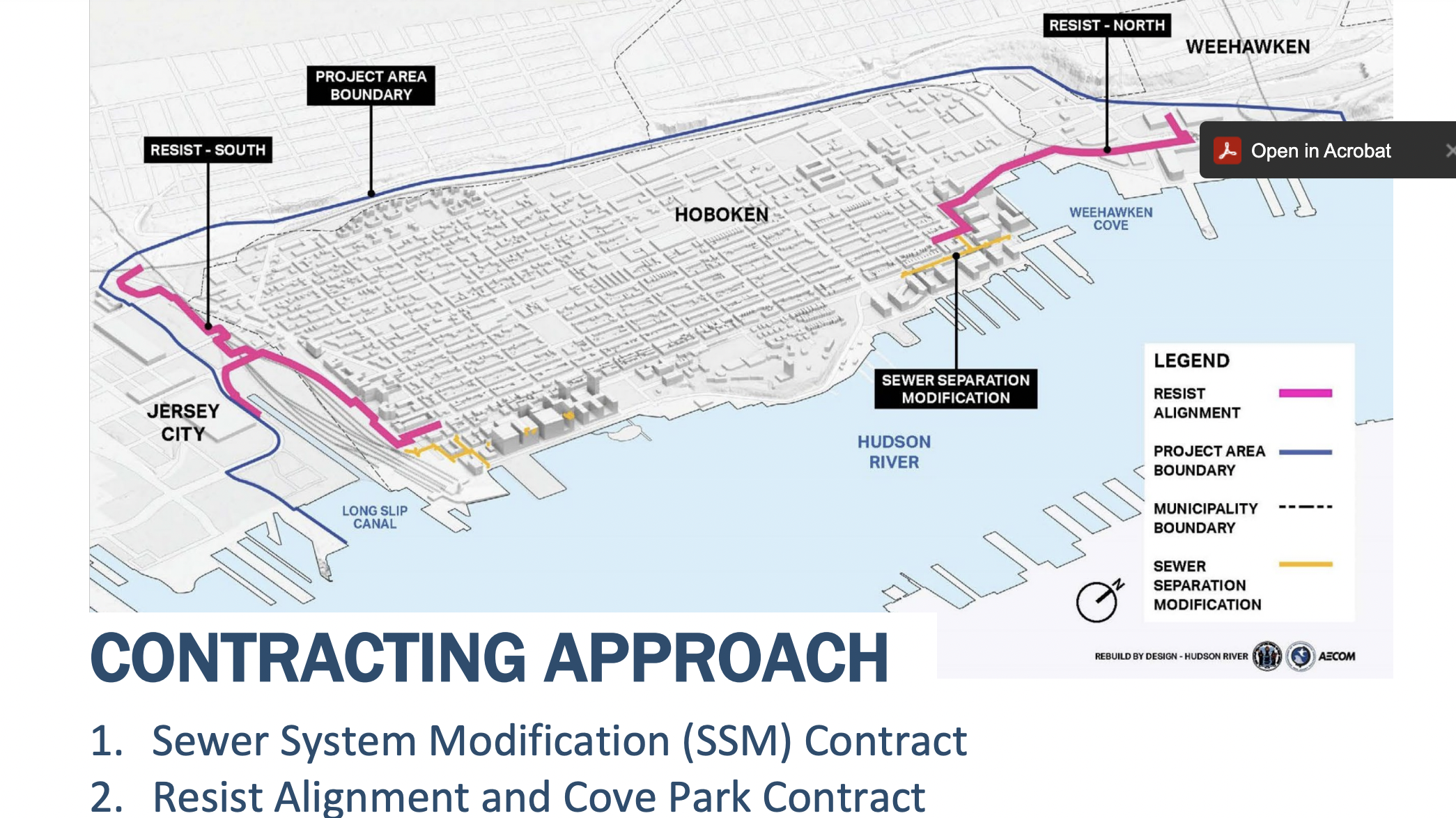