Commissioner Thomas Foley of the NYC Department of Design and Construction (DDC) announced that the first massive gate that will help protect the Lower East Side from future coastal flooding was installed Feb. 24 as part of the $1.45 billion East Side Coastal Resiliency project.

“Swinging and rolling gates are a critical design element of East Side Coastal Resiliency and allow for waterfront access while giving the city the flexibility to seal off areas before a future coastal storm or flood event,” said DDC Commissioner Thomas Foley. “We look forward to completing flood protection for 110,000 residents and to the open space and recreation improvements that are included in ESCR.”

The gate installed was manufactured by Linita Design & Mfg. Corp. in Lackawanna, N.Y. The $1.45 billion ESCR project is projected to be completed in 2026.

“East Side Coastal Resiliency will provide integrated flood protection for the surrounding community, and this movable gate is a significant step in making that happen. We continue to provide recreational resources and plant trees in the neighborhood while resilient park improvements are underway,” said NYC Parks Acting Commissioner Liam Kavanagh.

ESCR will create an integrated 2.4-mi. system of raised parkland, floodwalls, berms and movable flood gates to create a continuous line of protection against sea level rise and the growing threat of stronger, more severe coastal storms worsened by climate change. The project has been designed to improve waterfront access through reconstructed bridges and entry points and also will upgrade existing sewer systems to capture and manage precipitation during storms.

Construction of ESCR began in November 2020 at Asser Levy Playground, with major construction beginning in April 2021. In June 2021, the city announced almost $140 million of additional funding to add more community amenities as part of ESCR, including new public restrooms, improvements to a park amphitheater and, in a separate capital project, $129 million for the new flyover bridge for the Manhattan Greenway. Approximately 650-ft. of the project’s flood wall has been completed. Read more>> 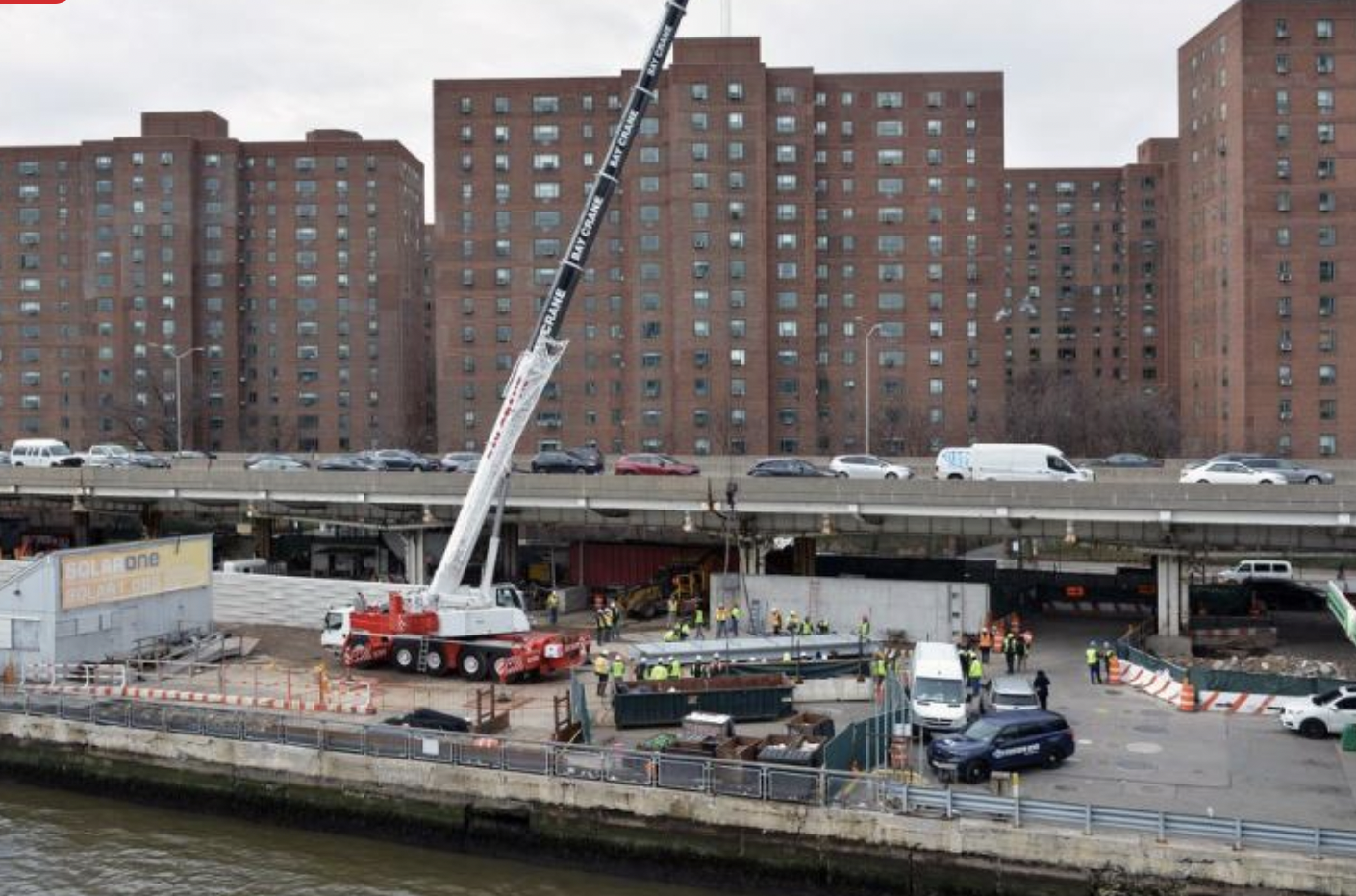