Building a Resilient Oakland: It Takes a Town

The City of Oakland engages with its residents on a variety of issues from large scale neighborhood redevelopment to changing public policies. Public interest groups. except for the City, work in conjunction with residents to address these issues as they arise. These organizations often serve as intermediaries between government and communities for large scale processes or big policy decisions, acting as educators, organizers, facilitators and enablers. However, these same organizations can also become frustrated with City engagement practices, without the resources or opportunity for improvement.

To develop better means of effective engagement, the City of Oakland’s Resilience Office wanted a deeper understanding of how they could improve their practice and build trust between the municipality and local organizations. In order to address this challenge, in 2017, Rebuild by Design worked with the City of Oakland to identify key partners for collaboratively developing a process that demonstrates participatory engagement and builds

credibility from the onset. The West Oakland Environmental Indicators Project and Streetwyze were invited to join, and together the partners embarked upon a three part workshop series to understand how the City could better engage with Oakland residents.

“Building a Resilient Oakland: It Takes a Town,” took place over a three-part workshop series that brought together City leaders and local organizations to understand how the City could better engage with residents and identify and address their needs.

This process is part of Resilient Oakland’s strategy to create a more inclusive and collaborative government model.

Through this process, the City and partners co-developed 10 Principles for Engagement which include:

The ten principles created from this process have been integrated into the City of Oakland’s ongoing efforts to better engage with community organizations. The principles were integrated into the City’s Sea Level Rise Roadmap, released shortly after this process. The roadmap was created to identify physical vulnerabilities to future risks in order to develop adaptation strategies.

The principles were later included in the Bay Area Resilient by Design Challenge, a regional effort to address long-term physical and social vulnerabilities.

The outputs from this workshop series laid the groundwork for how the City engages the community on service design through Oakland’s newly formed Civic Design Lab, which was created to make public service as effective and accessible as possible.

Read the 10 key takeaways from the first two workshops here.

Read the Case Study on our work in Oakland here. 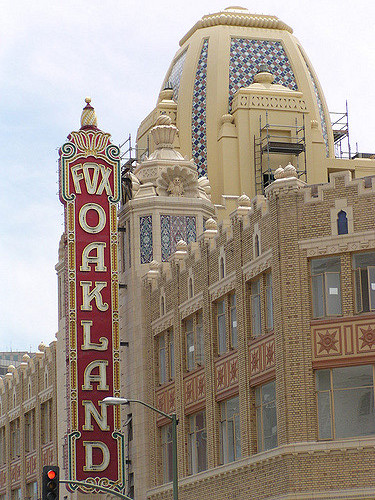