TO MARK THE 10TH ANNIVERSARY OF HURRICANE SANDY, THE NEW-YORK HISTORICAL SOCIETY AND REBUILD BY DESIGN ANNOUNCE THE  ARCHIVING OF THE HURRICANE SANDY DESIGN COMPETITION

The competition led to $3.9 billion investment in climate infrastructure in the New York region.

New York – The New-York Historical Society, the city’s first museum, and Rebuild by Design announce the public release of an archive of the Hurricane Sandy Design Competition, the effort leading to changes in physical and social infrastructure in the New York region to adapt to a changing climate. The collection, which has been donated to the New-York Historical Society, consists of records from 2013-2014 related to competition planning, press releases, and interim and final Design Team deliverables. The archive contains more than eight thousand files that include internal and external documents, videos and photos for researchers around the world to discover.

“As we approach the 10th anniversary of Hurricane Sandy, we are pleased to include this remarkable archive in the New-York Historical Society’s collection,” said Russell Shorto, director of the New Amsterdam Project at New-York Historical Society. “Thanks to the Rebuild by Design archive, future generations will have a more robust understanding of the storm’s impact on the city and the resiliency and innovation that followed.”

The Rebuild by Design Hurricane Sandy Design Competition changed the way the federal government responds to disaster and became the model now used in other regions to prepare communities for future uncertainties. Its success has also inspired other efforts in the U.S., Canada and Asia. The competition model’s success also led to the formation of the Rebuild by Design organization, which is helping cities and communities around the globe become more resilient through collaborative research and design.

“By making this information public, researchers, government officials and climate adaptation practitioners will be able to understand the process behind some of the most innovative climate infrastructure in the world,” said Amy Chester, Managing Director of Rebuild by Design, “As communities face more severe weather, governments will need examples of collaborative processes with the communities who are the most physically and socially vulnerable.”

The archive will be explored at Climate Lab – 10 Years Since Hurricane Sandy: Lessons from Rebuild By Design, an in-person and virtual event taking place on October 24th at 7pm at the New-York Historical Society. The program features author and event moderator Russell Shorto, along with the lead designers of two of the projects currently under implementation. Kate Orff, from Scape Landscape Architecture and lead designer behind Living Breakwaters, and Matthijs Bouw from One Architecture and lead designer for The BIG U, will be joined by Amy Chester, Managing Director of Rebuild by Design. RSVP here.

Researchers interested in accessing the Hurricane Sandy Design Competition archive can learn more about its contents and about researching at the Patricia D. Klingenstein Library at the New-York Historical Society: nyhistory.org.

About the New-York Historical Society

Experience 400 years of history through groundbreaking exhibitions, immersive films, and thought-provoking conversations among renowned historians and public figures at the New-York Historical Society, New York’s first museum. A great destination for history since 1804, the Museum and the Patricia D. Klingenstein Library convey the stories of the city and nation’s diverse populations, expanding our understanding of who we are as Americans and how we came to be. Ever-rising to the challenge of bringing little or unknown histories to light, New-York Historical will soon inaugurate a new annex housing its Academy for American Democracy as well as the American LGBTQ+ Museum. These latest efforts to help forge the future by documenting the past join New-York Historical’s DiMenna Children’s History Museum and Center for Women’s History. Digital exhibitions, apps, and our For the Ages podcast make it possible for visitors everywhere to dive more deeply into history. Connect with us at nyhistory.org or at @nyhistory on Facebook, Twitter, Instagram, YouTube, and Tumblr.

About Rebuild by Design

As the world faces rising populations, mass migration, climate change, social injustices, and economic challenges, communities can’t afford to wait until after the next crisis to plan for the future. Through regional competitions, local engagements, research and policy, Rebuild by Design is reimagining the way communities find solutions for today’s large-scale, complex problems by creating collaborations across communities and governments.

Rebuild convenes global expertise, with regional leadership, and community stakeholders to gain a better understanding of how overlapping environmental and human-made vulnerabilities leave communities at risk.Rebuild’s core belief is that through collaboration our communities can grow stronger and better prepared to stand up to whatever challenges tomorrow brings. Connect with us at ebuildbydesign.org or @rebuildbydesign 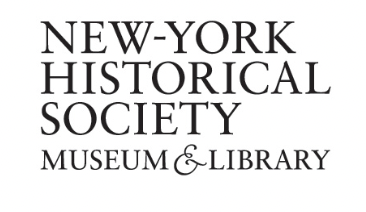