Rebuild Director Amy Chester was selected to be a resident of IdeasCity Athens, a gathering that brought together 40 people from art, design, activism, and policy backgrounds. It took place in a disused portion of the Athens Conservancy, which had been vacant for 30 years, and subsequently built-out for this program to be transformed into a modern Agora. By day, the space became an architecture studio, residents’ artist space, a cultural institution and printing press.  By night, a dinner table to discuss and debate, a dance floor, a performance space and radio studio which broadcast the day’s findings live online.

Residents lived onsite in “pods” designed by Thomas Lommé in order to foster a sense of community.  The pods became the vehicle for the group to understand Athens through the lens of architecture and art to live and work in a communal space. The residents became the art. The space became an installation of ideas.

Residents were taken through a process similar to that of Rebuild by Design. Residents were exposed to the issues of Athens through tours; lectures from the media, artist, architects and economists; poetry readings; and artistic and musical performances. They took on a diverse range of today’s challenges including the refugee crisis, illegal squatting, graffiti, public discourse on how to use city property, the economy, and debates on how the outside media portrays the Greece “crisis.”

The experience opened conversation, it raised questions and it allowed for debate, ideas, proposals and observations.

Halfway through, residents broke up into teams and were posed a question – to observe and see what others do not – about the City of Athens.  The findings were presented at a public conference sponsored by the New Museum and Neon with the Mayor of Athens and other thinkers including Dream Hamton, Sophia Al-Mariaand and Tania Bruguera.

The residents’ presentations showed the intersection of Art, Design Activism and Policy through the lens of poetry, video, photography. The presentations sought to translate the observations made throughout the week and gave key insights into a City that has remained so vibrant and resilient throughout “crisis.” 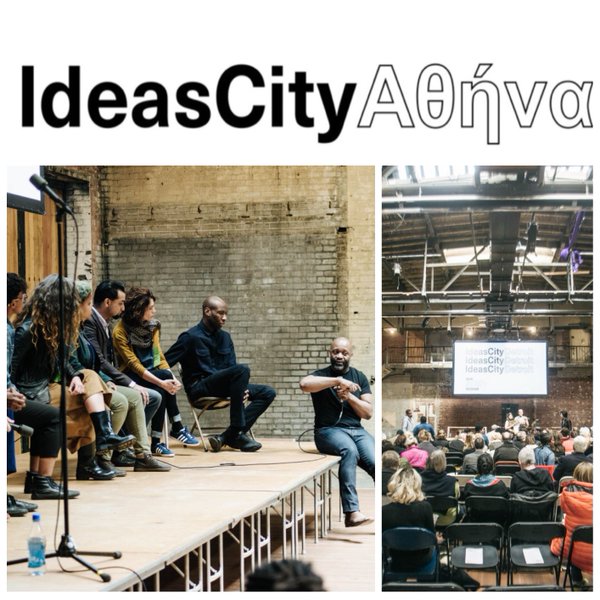