IDA FLOODED THEIR HOMES. NOW, RESIDENTS OF THIS DEVASTATED S.I. BLOCK WONDER, WHAT COMES NEXT?

SI Advance: The rain fell viscously, bringing a torrent of water and debris to the bottom of Caswell Avenue in Graniteville. Cars were submerged and homes suffered inexplicable damage that has resulted in thousands of dollars of destruction. Carol Johnston and Enid Earles remember Hurricane Ida beginning to assault Staten Island as storm water climbed up their driveway at 462 Caswell Ave. and broke into their garage.

Soon, the flood was impossible to stop. The center of Caswell Avenue was under multiple feet of water and nearly four feet of inundation pushed through the home of the sisters with such force that it buckled a glass door that leads to the backyard of the residence.

Now, Johnston and Earles, who said she experiences difficulty standing and completing laborious work herself, are left with a home gutted by a storm they never expected. While the intense rainfall was unprecedented, multiple residents of the area where the worst flooding occurred on Caswell Avenue said they have logged complaints about a clogged catch basin — which works as the first line of defense to take water off the street — at the bottom of the block. Between just the middle of July and early August, 311 records show three separate complaints for a clogged or damaged catch basin at the intersection of Caswell Avenue and Willow Road East, and victims of Ida’s wrath remain concerned the drainage system is inadequate to handle the increasingly dangerous storms wrought by climate change. The DEP responded to each complaint and has performed maintenance to clear debris from the basin, the agency said.

Just across the street from Johnston and Earles, Patrick Leuschner, said Ida brought the worst flooding he has seen hit the block in nearly five decades. Water claimed three of his vehicles and rose multiple feet up the side of his home before pouring into his basement and stopping just inches from the main floor of his house. “I lost everything down there,” said Leuschner. He has been vying for fundamental changes to the embattled storm sewer grate just a few feet from his home, saying, “it doesn’t do the job.” In the wake of Ida, Leuschner is continuing his push to address a long-term concern that flooding will continue to damage homes if changes are not made. “I’ve been after the city for years and years,” he said

SOLUTIONS BEING SOUGHT Councilman Steven Matteo (R-Mid-Island), whose chief of staff was among those who attended a press conference on Caswell Avenue one day after the storm tore through the neighborhood, said his office recognizes the concerns of residents in the area and is working on short- and long-term solutions for the area. “Obviously, residents have reason to be concerned, considering the unprecedented rainfall we have experienced over the last few months,” said Matteo. “To address their immediate concerns, my office has been in continuous contact with DEP [Department of Environmental Protection], who assures us they will be vigilant about removing debris from the catch basins, particularly at Caswell Avenue and Willow Road East, to ensure the drains are working to their capacity,” he said. “I requested that they use the pump truck my office funded, as needed, to alleviate ponding on the street.” Additionally, Matteo said he asked the DEP to add the area to its capital upgrade list to increase the capacity of the sewer system, including the addition of new catch basins. The city Department of Transportation has also been requested to determine what could be done about the steep pitch of the street, which creates a “bowl” that traps runoff water from nearby streets.

Yellow Boots, a volunteer group that helps Staten Islanders recover from disasters, stepped in to aid residents at the request of Rep. Nicole Malliotakis (R-Staten Island/South Brooklyn), said Farid Kader, the founder of the team. Sheetrock was cut, mold remediation was started and debris was removed from multiple homes along Caswell Avenue, said Kader, who noted multiple construction concerns in the residences as the damage was sorted out. Additionally, the nature of the semi-attached homes left residents with potential privacy issues when walls are taken down and also requires neighbors to be on-board with repairs. “If you knock that wall out, you’re literally in your neighbor’s living room,” said Kader. Most notably, black mold has been the prevalent issue as recovery from Ida begins. And while the organization does profound work to help remove the toxic material from homes, homeowners still face mounting costs to make repairs. While some residents who spoke to the Advance/SILive.com received limited reimbursement from homeowners insurance, others received none and subsequently filed for assistance with the Federal Emergency Management Agency (FEMA).

FEAR OVER FUTURE STORMS Elsewhere on Caswell Avenue, near Canterbury Avenue, Maria Andrew Lobianco said her whole basement was “wiped out” from Ida and that her family had to be rescued by FDNY first responders who used boats to navigate the block. “You hear it all over the place — flooding in different areas — but you never think it’s going to be here,” she said. “It’s just awful.” Lobianco and other residents in the area said storms that followed Ida now raise stress levels and concerns of when the next system is going to cause damage. “I don’t want to be nervous every time it rains,” said Lobianco. Lynetta Slayton, who also lives on Caswell Avenue near Canterbury Avenue, said she has already shelled out thousands to have water pumped from her home, furniture removed and sheetrock torn out. Even getting a rental car after the storm has been a struggle, said Slayton, since borough residents have been flocking to rental sites for temporary vehicles. “It’s been a struggle. It’s been very hard,” said Slayton. Echoing the sentiments of her neighbors, Slayton said she worries about the fall months when rainfall can still sometimes be heavy. “You can see it on the faces of everyone,” she said. “Everyone is tired, everyone is frustrated — we lost everything.”

WHAT CAN BE DONE? In addition to necessary infrastructure upgrades, experts say there are creative routes that can be taken to mitigate the effect of flooding. Amy Chester, the managing director of Rebuild By Design, a collaborative program started by the U.S. Department of Housing and Urban Development after Hurricane Sandy, said that green infrastructure could help alleviate the burden on the sewer system in areas that experienced heavy inundation from Ida. “There are ways in which we can lessen that burden that goes into our sewer system, which will particularly help in flash flood events,” said Chester. Remodeling current spaces to accommodate for longer tree pits to help absorb water, installing bioswales to divert flooding from streets and giving incentives for homeowners to have green roofs can all serve as a patchwork of solutions that lessen storm impacts in a shorter-term fashion than major infrastructure upgrades, she said. And the need to begin implementing these solutions has never been greater, according to Chester, since global warming is expected to continue to worsen in the coming years due to carbon dioxide emissions already baked into the atmosphere. “Anytime that you can choose green over asphalt, you’re going to be better off,” said Chester. “If this is what climate change brought to us today, imagine what it’s going to look like in the next three years, four years, 10 years.”

The city Department of Environmental Protection (DEP) said its engineers are looking at both longer-term capital upgrades and shorter-term relief projects in the area where the heavy flooding occurred. In recent weeks, $260 million in drainage upgrades have been completed on the borough, including on projects in Travis, South Beach, Great Kills, Tottenville and Eltingville.

Carter Strickland, an environmental lawyer who previously served as DEP commissioner under the Michael Bloomberg administration and is currently the New York State director for the non-profit Trust for Public Land, noted the need for a collaborative approach between gray and green infrastructure to successfully battle the challenges brought by climate change. “I love green infrastructure but you need all of the above,” Strickland said. “Development has drastically shifted the levels of natural absorption on Staten Island, he said, which creates a sometimes-profound burden on already-in-place infrastructure. Still, he notes that there are “definitely some opportunities to like slow the rain down there and definitely at the bottom of Caswell.” 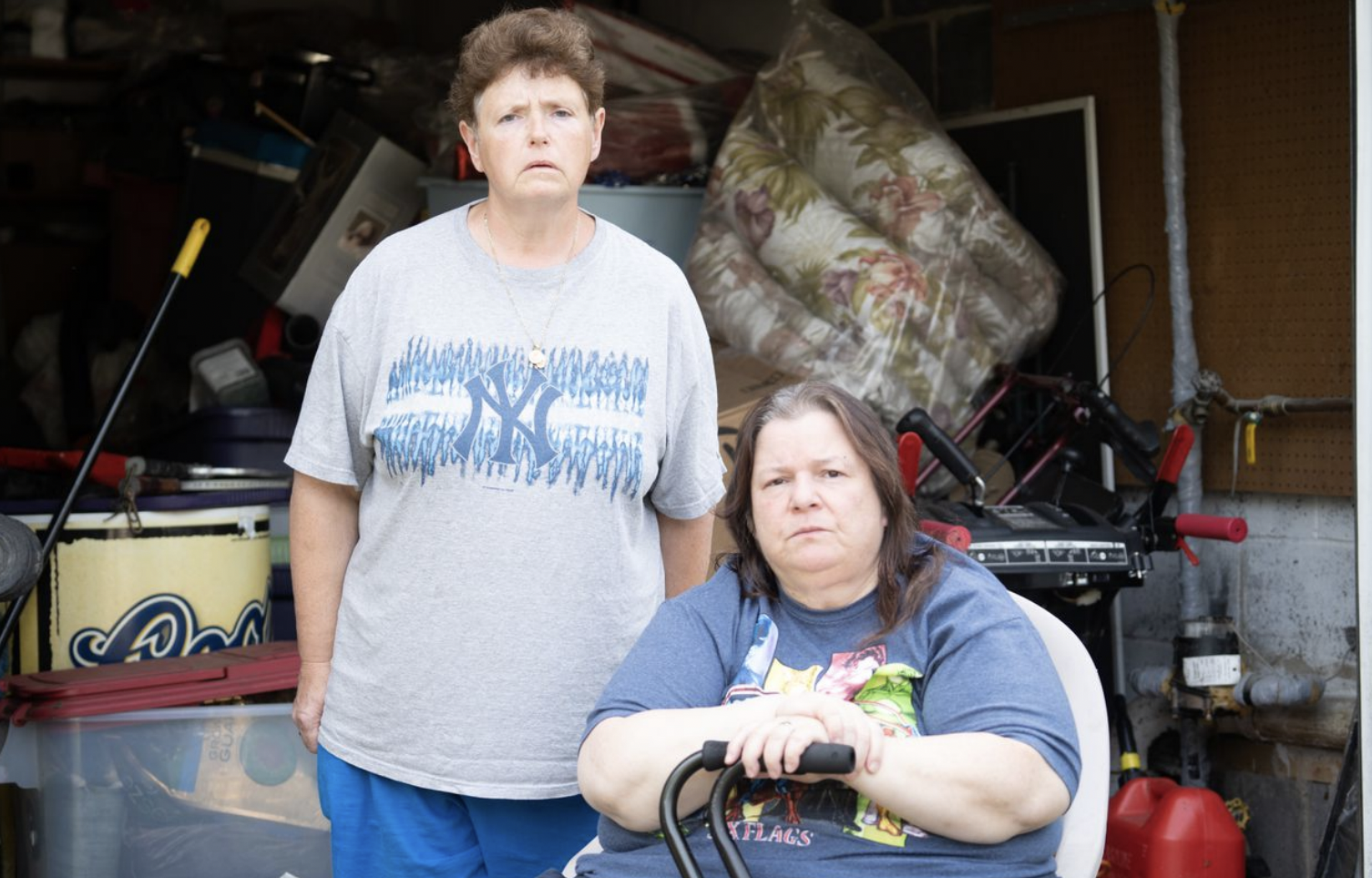