City Limits: The Adams administration released a plan Thursday to address heavy rainfall in the immediate lead-up to and aftermath of an extreme weather event—nearly a year after Hurricane Ida, when flash-flooding took the lives of 13 New Yorkers.

As part of the new initiative, dubbed Rainfall Ready NYC, the city updated its flood maps and outlined its response and recovery plan for an extreme storm. It also committed to short-term mitigation efforts, including installing warning signs, completing sewer projects and adding green infrastructure to help manage stormwater.

The announcement comes as the one-year anniversary of Hurricane Ida approaches this September. And October will mark a decade since Superstorm Sandy killed more than 40 New York City residents and caused an estimated $19 billion in damages and lost economic activity, according to city data.

The plan includes links to the new flood zone maps as well as information and advice for homeowners and tenants about how to prepare for storms (among them: developing communication and evacuation plans, clearing trash and debris from catch basins that block the sewer system and acquiring flood-specific insurance).

For its part under the initiative, the city will conduct outreach to property owners as well as basement apartment tenants—who bore the brunt of deadly flooding during Ida. Agencies will distribute sandbags and other flood-protection barriers, and install warning signs at dozens of chronically flooded streets, among other actions.

“[Mayor Eric Adams] endorsed the fact that dealing with the short term is actually more urgent, which is why the short term Band-aid focus of Rainfall Ready took priority because that’s hopefully going to help New Yorkers this hurricane season, this storm season,” said Aggarwala. “But we don’t see that at all as a substitute for a more comprehensive plan.”

Another independent report released the day before emphasizes an adjacent need for long-term planning related to flooding, and highlights blind spots in the city’s efforts to increase naturally protective green infrastructure.

Rebuild by Design and One Architecture & Urbanism published “Toward a Rainproof NYC,” addressing how the city can improve stormwater management and absorption (“learn to live with water,” it suggests) and where it falls short compared with other major metropolises.

“NYC has the most comprehensive climate projections of any U.S. city, yet, its policies, budgets, and incentives do not yet meet the city’s increasing vulnerability to climate challenges,” the report notes. Read more>> 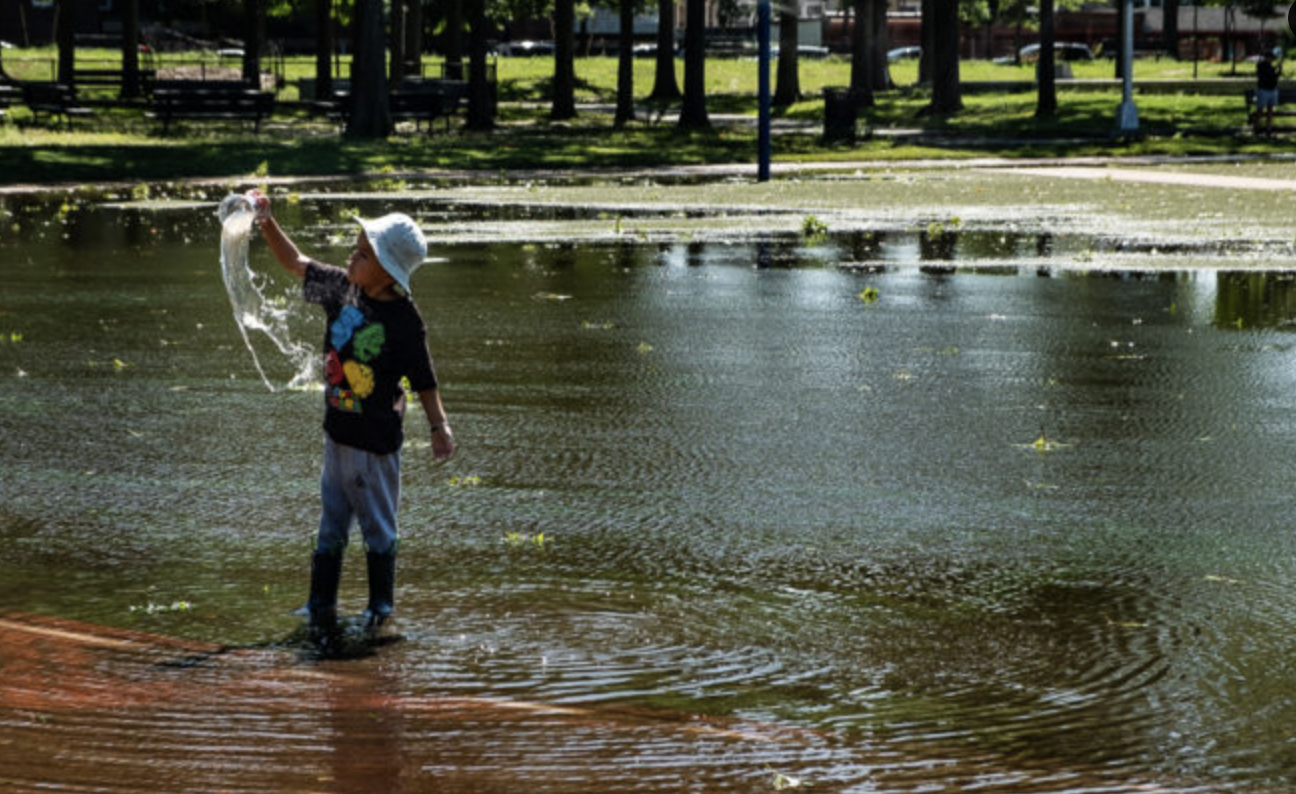